LCN Article Is It Wrong to GROW in Knowledge?

Dear Brethren and Friends, Mr. Herbert W. Armstrong set all of us a fine example, as many of you older brethren remember. He always tried to move forward, to grow and to improve. Many, many times he told us, in meetings and in sermons, that we should “grow”—not only individually, but as a Church. God Himself indicates that true Christians should grow. For the very last words of Scripture that the Apostle Peter wrote were exhortations that we should “grow in the grace and knowledge of our Lord and Savior Jesus Christ. To Him be the glory both now and forever. Amen” (2 Peter 3:18).

Sadly, some “Armstrong worshipers” become upset if God’s Church shows even the slightest signs of “growth.” There are a few misguided people who, when they see others growing, accuse them—or the entire Church—of departing from the guidance of God’s Apostle, Mr. Herbert W. Armstrong. Yet even these misguided critics, whether or not they even realize it, are “changing” what Mr. Armstrong taught in order to hold on to their imaginary idea of what he would or would not have done had he been in our present circumstances.

Frankly, brethren, as one who knew Mr. Armstrong extremely well for 36 years, I know that Mr. Armstrong would be absolutely horrified to find that people are using his name—26 years after his death—to stifle our opportunity to grow in the grace and knowledge of our Savior!

I tell you, brethren, before God the Father and Jesus Christ, that Mr. Armstrong himself would want us to “grow” as long as we are careful never to depart from any basic biblical Truth! And, as any honest observer can understand, we in the Living Church of God have never contemplated changing the Sabbath, the Holy Days, the Ten Commandments, the Holy Spirit as the impersonal power of God (not a person)—or anything else that is fundamental to the Truth of God! 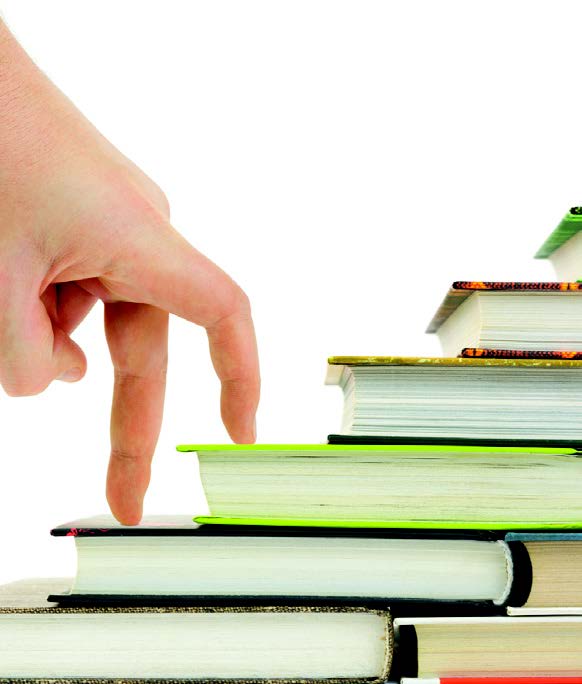 We do “honor” Mr. Armstrong—as we should—but we do not “worship” him in the sense of putting what we think were his ideas ahead of God’s word or God Himself! That would be idolatry! Mr. Armstrong himself would not want this.

Brethren, Mr. Armstrong—again, as many of you older brethren remember—did change regarding our practice of women wearing makeup (he let the Church go back and forth on this three times!), on the way to count Pentecost, on the administration of how we deal with divorce and remarriage, and on many other points. In fact, I remember going to him in a respectful yet firm way about an error he made in explaining 1 Corinthians 10:27–29. Some of you older brethren will recall that Mr. Armstrong carried over many ideas from the Sardis Church in his early ministry. That was natural. He was sincere in doing so. Yet, as he changed on some of these ideas, he told us older evangelists a number of times, “Fellows, I had to come to the Truth of some of these things one doctrine at a time. It took me a while to get it all sorted out.”

So, when I heard Mr. Armstrong say it was okay to eat unclean meats at a dinner in an unbeliever’s home, I pointed out to him—since I had been diligently studying this and teaching the Epistles of Paul class—that this was not Paul’s intention, nor was it the correct understanding of these verses (1 Corinthians 10:27–29). I pointed out to him that Paul was discussing whether or not Christians should ask their hosts if their food had been offered to idols. This passage had nothing to do with whether they were being offered unclean food. You would not have to “ask” about unclean meats being placed in front of you—since you would normally see if it was pork, lobster, shrimp or whatever.

After going over this point thoroughly with him, he immediately agreed, and realized that this was one of a few small errors he had carried over from his previous association with the Sardis Church. I, and several others, brought up quite a number of points like this to Mr. Armstrong through the years.

Also, some of you older brethren will remember how I did show Mr. Armstrong the need to change our previous prophetic emphasis on the years 1972 and 1975. He had proposed that this was probably—some of the other leaders made it even stronger—the time when the Great Tribulation would begin and then Christ would return to earth.

As those dates began to close in on us, however, I realized that quite a number of prophetic events would need to occur before the awesome prophesied events could happen. I went to Mr. Armstrong and explained to him that there was still—in 1969, just three years ahead of time—no Beast Power in Europe, no militant Catholic church and no King of the South. I reminded him that America was still very powerful, with no particular indication that this would change in the immediate months or years ahead. Considering all this, Mr. Armstrong allowed me to send out to the entire ministry of the Worldwide Church of God a letter explaining five reasons why we would “probably” have much more time beyond 1972 and 1975 for these events to occur. This was very helpful to our ministry, since the letter encouraged our ministers to preach on these points and to warn our brethren ahead of time so they did not develop a “fixation” on these exact dates. So, in retrospect, this proved very helpful—considering that, otherwise, some would probably have wanted to “set in stone” the former ideas, presuming that “God’s apostle could not be wrong”!

Mr. Armstrong himself never claimed to be infallible! Yet, since we understand that he was used as an apostle of Jesus Christ, some few seem to get the idea into their heads that he could never, ever, be wrong on anything. But, ask yourself, was the Apostle Peter—the obvious leading Apostle of his time—“infallible”? If so, why did the Apostle Paul strongly correct him, as we read in Galatians 2:11–16? And why, dear brethren, did God inspire this correction to be included in Scripture so that all of us would come to understand that neither Peter, nor Paul nor Mr. Armstrong were infallible?

Even now, brethren, our Council of Elders is discussing a few “technical” points that Mr. Armstrong could not have humanly anticipated, considering that he died in 1986, before certain prophecies had begun to be fulfilled. For instance, some of you have already heard Mr. Ames and me refer to the sequence of events leading up to the Wedding Supper. We all agree, as Scripture teaches and as Mr. Armstrong plainly taught, that our reward as Christians is not in heaven. After the resurrection, we are to be kings and priests on this earth for a thousand years, before God the Father comes to the earth with the New Jerusalem. But does this mean that we cannot go wherever Jesus takes us?  Of course not! Revelation 14:4 shows that the 144,000 “go where He goes.” So, when we look at all the biblical evidence, can we say that it is wrong to understand that the Wedding Supper may take place in heaven before we rule under Christ on the earth? Of course not! When the Apostle Paul had his awe-inspiring vision, described in 2 Corinthians 12:2–4, his reaction shows that he did not consider it impossible for God to bring a man to visit heaven.  Now, some may fear that this could be a “change.” But this would not contradict our previous understanding—it would simply clarify a point that we had not understood before.

Brethren, we do need to be careful about “new understandings.”  Consider some popular ideas among God’s people regarding the “Great Apostasy” of 2 Thessalonians 2:1–10.  Mr. Armstrong understood that this rebellion involved the whole world. Indeed, the Greek word apostasia is more accurately translated into English as “rebellion” rather than “apostasy,” and Mr. Armstrong rightly understood that it connotes an uprising far broader than the consequences of doctrinal heresy within God’s little flock, involving a man of sin whose very visible and physical demonstrations of power will affect the whole world.

However, with the total apostasy of the Worldwide Church of God, some few ministers have tried to say that this entire prophecy was fulfilled when the Tkaches came into leadership of the Worldwide Church of God and took it into “mainstream” Protestantism. They claim that Mr. Tkach was the “great man of sin” sitting in the house of God, showing himself that he was God (v. 4). Then—when Mr. Tkach died—they transferred this to Joseph Tkach, Jr. So, now, is “Junior” the great man of sin?

The entire “falling away” of several thousand people in that apostasy—and it was an apostasy—was nevertheless not even noticed by about six billion human beings. When the biblically prophesied event occurs, it will deceive billions of people all over this earth. Other scriptures tying directly in with this, such as Revelation 13:11–18, clearly indicate that, when the final “man of sin” arises, he will deceive hundreds of millions—or even probably billions—of human beings! He will be granted power to literally bring fire down from heaven (v. 13). “He causes all, both small and great, rich and poor, free and slave, to receive a mark on their right hand or in their foreheads” (v. 16). As all of you should know by now, nothing even remotely like this happened during the small, typical “apostasy” caused by the Tkaches taking Worldwide into “mainstream Christianity.”

Yes, what happened in Worldwide may certainly have been a “type” of the final apostasy. But it was not the major one described in 2 Thessalonians 2–3. It is exciting and stirring to realize how massive the coming apostasy is going to be!

Brethren, we should not “shrink” from growth in understanding. Mr. Armstrong would be glad to have us learn. He always was excited and enthusiastic when some new biblical Truth could be explained in a proper way. So I hope all of us can learn to have this same kind of positive attitude and approach to any new understandings we are able to come to within the Living Church of God. Remember, God’s Word indicates that He will not reveal some of these technical things about prophecy until the very end of the age (Daniel 12:4).

Sadly, Mr. Armstrong was not allowed to continue until the very end. But, we are—so far. So, if I am able to explain to him in the resurrection how we continued “growing” in grace and in knowledge, I know that he will chuckle and tell me, “Of course, Rod, that is exactly what I would have done if I were there at that time. Good work! I am glad that we both made it here into the Kingdom of God.”

Dear brethren, we certainly should “follow” Mr. Armstrong as he followed Christ! That is what he told us to do! That is what the Apostle Paul was inspired to tell us to do regarding himself or any apostle: “Imitate me, just as I also imitate Christ” (1 Corinthians 11:1). Let us continue to grow in grace and in knowledge and know that we will be blessed if we do this—as long as we do not depart from fundamental truth and as long as we “prove all things” from the Bible in an honest and sincere way. God will greatly bless us if we do this—and if we are positive and loyal to Christ as He leads His Church in these very things!