Every year, when we publish the Church’s audited financial statements in the Living Church News, we hear one of two comments most commonly. “Thank you for being so transparent with your finances; I know there are many churches that don’t share as openly as you do,” is one encouraging comment we often receive. Another, however, is, “Why do you take up page after page in a spiritual publication with these details that don’t really make a difference to me as a Christian?”

This year, I hope we will please both of those perspectives. For the first time since Living Church of God began, we are putting the audited financial statements online. You can find those statements at https://www.lcg.org/about-us. Having done this, we will no longer be publishing the full audit in the Living Church News; instead, each year we will share with you a report like this one.

As has been the case for more than a decade, our audit was performed by Cherry Bekaert, LLP, one of the larger accounting firms in the southeast region of the United States. Once again, we received an “unqualified” opinion. I know this confuses some people, but what this means is that we received a report with no “qualifications” (objections or hesitancies). Here is what the Report of Independent Auditor stated, “In our opinion, the consolidated financial statements referred to above present fairly, in all material respects, the financial position of Living Church of God (International), Inc. and Affiliates as of December 31, 2015 and 2014, and the changes in its net assets and its cash flows for the years then ended in accordance with accounting principles generally accepted in the United States of America.”

This audit directly covered the Work in the United States, including Living University and Living Youth Programs. It did not directly cover the many offices of varying size around the world, which report financial information to International Headquarters in Charlotte. For the year ended December 31, 2015 the Church’s total worldwide income was approximately $24.6 million dollars. Of that, a little more than $18 million was U.S. income; Canada accounted for another $3 million.

The Work is truly interconnected around the globe. The Work in the United States produces the majority of telecasts, booklets, sermons and other materials, but we also rely on the regional offices and the dedicated staff and countless volunteers for help in areas where they have particular resources and strengths. The Canadian Office, for instance, has purchased duplication equipment that allows short-run printing of booklets and magazines, which is particularly helpful for supporting the Spanish and French regions. Additionally, the Canadian Office produces a version of the Tomorrow’s World telecast for use in Taiwan, along with the support materials for that effort. 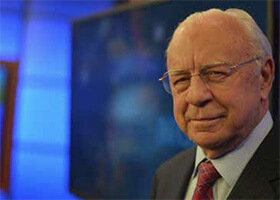 Although most regions broadcast the Tomorrow’s World telecast produced in the United States, the regional offices are often the ones that not only sponsor the cost of airing the telecast, but also take care of literature fulfillment—staffing a toll-free number, stuffing envelopes for mailing and tending to subscriber needs. On the surface these tasks may seem straightforward and easy to accomplish. However, when you examine them more closely, these tasks often are quite complicated due to broadcasting formatting requirements, mailing issues such as postage, delivery and even moving material through the customs process at the border for each country. We are especially grateful for the teamwork and resourcefulness of our staff and brethren in the Spanish-speaking areas, which have been particularly affected by problems involving the mail. Headquarters has been working with various national offices in the Spanish-speaking areas to find the most effective way to deliver literature to brethren and subscribers. We have experimented with local printing (to avoid customs-related delays) as well as with various mail couriers that specialize in these regions. While the situation is improving, we know there is room for more improvement, and we greatly appreciate the hard work and creativity of the Spanish Work in helping to resolve these issues and improve our “customer service.”

Our offices in Australia and the United Kingdom play very important roles in serving our brethren across wide swaths of the earth. From 1993 until his death earlier this year, Evangelist Bruce Tyler oversaw the Australasian office, which—with an annual income approaching $900,000—was the third-largest region in 2015. I had the opportunity to visit Mr. Tyler at his home/office several times in the early years of the Australasian work and will miss him greatly. Also very active in serving all of Europe, Middle East and Russia was the United Kingdom, our fourth-largest office—with an income of about $650,000—where Mr. Adam West leads a team of experienced and loyal ministers in supporting our brethren now that Evangelist Gerald Weston has moved to Charlotte. We could easily continue around the globe naming the significant contributions of each office, but space does not permit. We are a work that spans the globe and is intricately linked together as one body in our mission to preach the Gospel and feed the flock.

U.S. Financial Information at a Glance

Please note in the chart of U.S. income on the next page that there has been a steady trend of increases over the years.  The trend line is occasionally interrupted in a positive way by the blessing of generous estate donations that may increase total income well above the trend line in a particular year, as was the case in 2013. Income returned to the trend line in 2014-2015.

In 2015, we continued to develop new avenues for reaching a quickly changing world with the message of the true Gospel. Many of the Work’s most loyal supporters grew up in a world where a daily newspaper came to their doorstep every morning, and where “television” meant a big box with vacuum tubes, perhaps receiving as many as a dozen channels if you lived in a big city. Local news often came via a news radio station.

Fast-forward to 2016. Now, there are literally hundreds of channels available to anyone who subscribes to a cable or satellite television service. Add to this Roku, Amazon Fire, YouTube, Kindle and smartphones that can receive the telecast—and other Church media—in places and ways that would have been unimaginable even 30 years ago. Print is still very important; many of the Work’s most ardent supporters still like to receive a paper magazine, and appreciate booklets that can be read without electronic equipment. Yet we know the Work has a responsibility not only to reach the people who rely on “traditional” media, but also to reach the billions who increasingly use “new media” (which itself is becoming “traditional media”). Of course, while we have a commission to preach the true Gospel to every nation, we do not have unlimited finances. God gives us what He knows we need, and He expects us to be good stewards of what He provides. As a result, our staff is constantly testing and evaluating old media and new media alike. Which media help us do the Work best? Should we be on more television stations? Should we expand on the Internet? And what about advertising—which kinds? Should we use “spot ads” on the radio or television?  What about focused Internet advertising? What type of programs should we emphasize—the 28.5-minute telecast, or the five- or six-minute webcasts? What about simplified and targeted approaches, such as we are trying with TheBibleSaysThat.org, paired with radio spot ads? This last year we also have had some of our greatest successes yet with the very “old media” approach of targeted mailings, yet we have at the same time found substantial new success with the “new media” Roku channel that brings the Tomorrow’s World telecast to a fresh new audience. We pray regularly that God will guide the Church’s leadership to choose the best paths for the media effort and will bless the Church with the resources to take the Work forward powerfully. 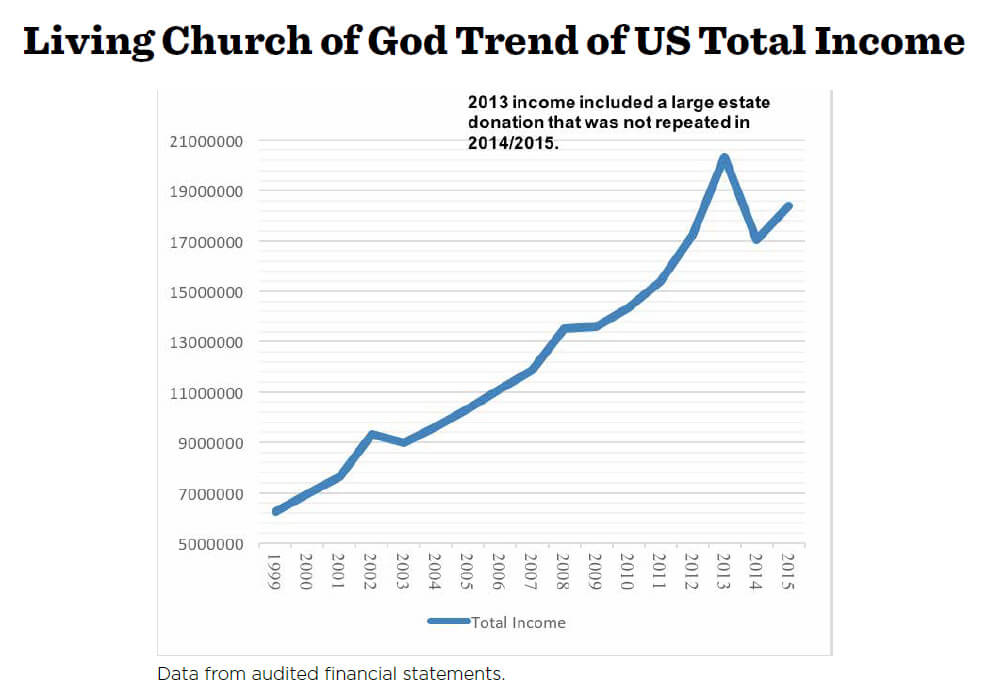 Thankfully, we see again and again that our collective efforts do bear fruit. We hear of new people being called and baptized around the world, and lost sheep are returning to us on a regular basis. Yes, we are a small Work, but we are also an effective Work that moves forward on its knees. As the world continues on down its dark path, it desperately needs the message we preach—a message both of warning and of hope, revealing what will happen to modern Israel and to the whole world before the glorious return of Jesus Christ to establish the Kingdom of God to carry out His plan for all of mankind.

As we consider our international and domestic work for 2015, God’s people can take comfort that we are an integrated work that spans the earth. Please remember to pray for one another, and pray that God continually shows us how He wants us to use the media opportunities we are given until Christ returns. And pray and rejoice that we are all striving to fulfill the words of the Apostle Paul, who expressed his hope that, “speaking the truth in love, [we] may grow up in all things into Him who is the head—Christ—from whom the whole body, joined and knit together by what every joint supplies, according to the effective working by which every part does its share, causes growth of the body for the edifying of itself in love” (Ephesians 4:15–16).