Most families have one particular member who takes responsibility for handling the bills, balancing the budget, and filing the taxes. And it’s no different in the family that is the Living Church of God, where the handler of bills, balancer of budgets, and filer of taxes is the Headquarters Accounting Department. Leading that department is Mr. Jerry Ruddlesden, Accounting Manager and Financial Controller for the Living Church of God, who provided us with a fascinating interview.

Giving us a glimpse into his background, Mr. Ruddlesden explained, “My dad came into the Church in 1975, when I was ten years old. Our family was very devoutly Methodist, so we went to church every Sunday morning, Sunday evening, and Wednesday. And it’s very interesting for me to look back, and kind of odd—even as a ten-year-old, I had no problem with any of the doctrines we learned when we came into the Church. I accepted the Sabbath and the Holy Days right away. It all seemed like it was right. Because, even as a ten-year-old, I would see what the Bible was saying and how it wasn’t lining up with what the Methodist minister was saying.”

Years later, Mr. Ruddlesden’s life continued to take unexpected turns. “I started going to college for computer programming, believe it or not, but then I took an accounting class and was like, ‘Oh, this is kind of how my brain thinks!’ So, I got a degree in accounting instead, at Marshall University in West Virginia. As I was getting ready to graduate, my minister at the time said, ‘Jerry, I think you should go to Ambassador College.’ I didn’t really want that—I was just about to graduate! He said, ‘No, you will go to Ambassador College.’ So, after I earned my degree in accounting, I went to Ambassador College. I went to the campus in Big Sandy, Texas, where you applied to go further after earning a two-year degree. I was accepted to go on to the third year, though I was going to be a three-year senior. The summer after my second year, they asked, ‘Will you go to Puerto Rico and work for the Caribbean Office?’ And it was going to be in mail processing, which was interesting.” 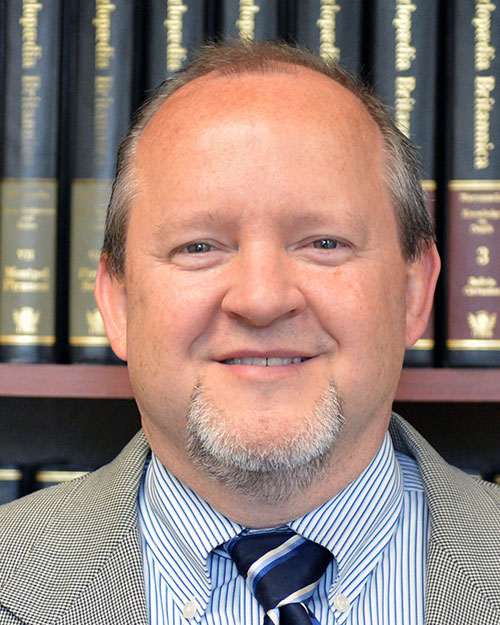 It quickly became apparent that Mr. Ruddlesden’s educational background suited him for another area entirely. “They flew me home to visit my family—which was the first time I ever flew in an airplane—and then flew me out to California. They sent me to Pasadena, and when I got out there, they happened to look at my background, and said, ‘Oh, you’re not going to the Mail Processing Department, you’re going into Accounting!’ I went to the Caribbean Office in 1989, and I started working in accounting there. And then we moved the office back to Florida, and the Church hired me full-time. I did not go back to Ambassador College—I already had a four-year degree in accounting, and a two-year degree from Ambassador.”

Soon, as the Worldwide Church of God fell into apostasy, Mr. Ruddlesden demonstrated that his commitment to God outshone his commitment to his job. “At one point, I tried to stop working for the Worldwide Church of God—I decided that it was changing too much. I married my wife, Sue, and we decided to move close to her family, who were in Spokane, Washington. So, we went up to Spokane, and during that time, the Worldwide Church of God fell apart. I’d known Brian Weeks, who went to work for Dr. Meredith, and he saw that they were using QuickBooks for their accounting. And at that time, I was specializing in an accounting software package, so I came down to California because Mr. Weeks wanted me to show Dr. Meredith that software. Dr. Meredith said, ‘I’ll take it if you come with it!’ I’d been praying about it, and it was one of several times in my life when I felt that God just put His finger on me and moved me: ‘You’re going to go do this. You can’t escape working for the Church.’ And I’ve been doing it ever since, and I love my job!”

Serving Behind the Scenes

Mr. Ruddlesden went on to describe one of the greatest reasons why he loves his job: “One of the things about working in this department that gives me the most satisfaction is the fact that we’re able to provide funds that help those who need help, like widows.”

As Mr. Ruddlesden brought out, the Accounting Department truly is one of the great silent servants of the Church, having helped virtually everyone in it. “Accounting helps feed the flock in other ways, too, by doing things like paying for all the congregational meeting halls and supporting the ministry with our services. But the most fulfilling thing is being a part of helping those in need, all around the world. It’s a great satisfaction to know you’ve had a hand in that. I love being part of the team that helps with the budgeting and the plans—it’s so personally fulfilling to help others.”

Members of the Accounting Department can also be encouraged to know that they are an integral part of fulfilling Christ’s commission. “The Accounting Department furthers the Gospel by, obviously, paying the bills for the TV stations that show the telecast, the bills for the magazine, you name it—all our programs,” Mr. Ruddlesden said. “We help to faithfully keep it all going that way. I don’t do the accounting anymore, necessarily—I work behind the scenes as a controller. I really concentrate on the budget, to be able to help and say, ‘Hey, we have a certain amount of more dollars this year for TV programs,’ or for other things. It’s very encouraging!”

Though the mission of God’s Work never changes, financial legislation does, so Mr. Ruddlesden’s team works diligently to keep current. “Two of the Accounting Department’s biggest challenges are keeping up with technology, and keeping up with the regulations that are changing. For example, this year, new tax law changes have made it a bit more challenging. So, we’re going through that right now, and there’s always something changing, so it’s a challenge to make sure you’re staying up with it.”

And stay up with it they do—in fact, they make sure our financial reputation is as solid as possible. “I tell the other staff in the Accounting Department, ‘You guys protect the Church’s credit,’” Mr. Ruddlesden revealed. “Everyone has personal credit—we pay our bills and have a credit score. The Church has a credit score, too—all businesses do! The Accounting team is part of protecting the Church’s credit score. Those in Accounting make sure the bills always get processed on time, make sure they always get paid on time, make sure they know what bills are coming in—it’s something to do! And then you have to think about all the regulations that go along with dealing with taxes—for example, we have to file Form 1099 for all the halls and all the independent contractors we have. Keeping that all going and keeping up with regulations—it can be quite challenging!”

Advances in software technology have been a major help to the Accounting Department, as have the efforts of the Church’s Information Technology Department. “Using software and working with our IT Department to integrate with the Church’s databases has allowed for several improvements in efficiency,” Mr. Ruddlesden said. “Otherwise, frankly, we would have to have three or four more people working for us to be as efficient as we are. For example, we recently found a tool that allows a bunch of the third tithe and hall rental payments to be made all at one time. It’s improved the efficiency of that process by many hours. We’re always looking for that kind of thing.”

Ever striving for peak productivity, Mr. Ruddlesden knows there’s always room for improvement. Among their challenges is creating increasingly insightful reporting in a modern world where the complicated economic environment changes fast.

“If you think about it,” he says, “accounting is always looking backwards, because accounting deals with stuff that’s already happened—it’s a snapshot of any given period in time.” Mr. Ruddlesden notes that the leaders in Charlotte need to understand what is going on “right now” to make the wisest and most efficient decisions they can for the Work, and he wants to help them do that: “We’re working on that—I would just love to get over that hurdle so everyone leading the Church can have current information right at their fingertips.”

“That really goes along with what we’d like it to accomplish in the future,” Mr. Ruddlesden concluded. “We want to continue to be efficient. We have staff who really want to serve the Church behind the scenes, who want to allow us to have information at our fingertips. We want to always be on top of the changing regulations, because there are government bodies behind those, like the IRS and others. We have to always make sure we’re doing what’s right.”

We greatly appreciate the insights Mr. Ruddlesden has shared with us, and we can all thank God for how he and all of those in the Accounting Department serve the Church!