A longtime pillar of God’s Church, Mr. Dexter Wakefield currently serves as LCG’s Director of Business Operations. We sat down with him to talk about what it’s like to direct one of the largest divisions of the Headquarters team.

How were you called into God’s Church, and how did you then come to direct LCG’s Business Operations?

“I was first in commercial real estate finance and lending, vice president of a major real estate investment trust. That was early in the 1970s. After that, I was in commercial mortgage brokerage, financing condominiums, high-rises, office buildings, shopping centers, hotels—and with a development of my own on the side.

“I heard the radio broadcast late one evening, driving along in my car, and then decided I would get the Plain Truth magazine. That was in 1974. And the next morning, I woke up and couldn’t get the phone number out of my head—I still remember it to this day. In any case, I called and started getting the magazine, and then more things—and by 1976, I was baptized.

“I ran my own business in South Florida for over 25 years, during which I became an elder in the Church in 1988. After Worldwide, I was an elder with the Global Church of God, then later an elder with the Living Church of God, and subsequently was brought on full-time for about three years as an area pastor. So, I just closed my company up, and then Dr. Meredith asked me if I would come up to Charlotte and serve Business Operations.”

How would you describe the support Business Operations provides to God’s Work? 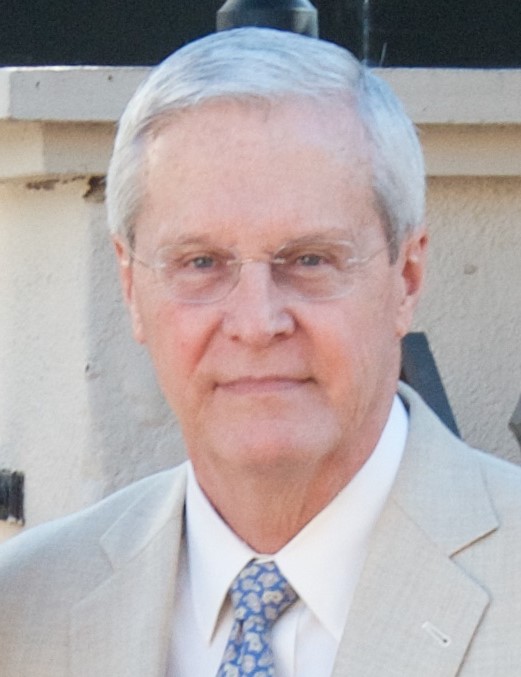 “Outreach is handled by the Television and Digital Media Department and the Editorial Department—but then the calls come in on 1-800 numbers, letters, and everything else.

“All these things come in, and they have to be processed. They have to be processed first through the call centers—and I serve those areas—then processed through Records & Information Services and entered into the database. And then we have to have the magazines and the booklets printed, and then [send the requests] to the folks in the Mail Processing Department, and they ship it all out.

“And after that, the field ministry handles the people who call and want [a visit]. Those are the three major divisions. So, the fulfillment aspect of it is what we work with, what we manage.

“Things change very fast, so we are constantly changing and adjusting to the new technologies, the new situations in the field with the media and other things. One of the things we’ve done over the years is automate a number of administrative functions, mostly in Accounting and in Legal Affairs & Risk Management. That enables us to have fewer people doing more work and to be a lot more productive. Also, I think the websites are far better than they used to be—they’re doing a great job on that, and we’re constantly upgrading our digital infrastructure, too. All of this is just an ongoing process that we’re engaged in constantly.”

What is one of the challenges involved with directing Business Operations?

“One of the most difficult things is simply keeping up with the pace of change, mostly in our media environment and our technological environment—there’s a constant effort to do that. And, thinking about it, one of the things that has been the most difficult for me and for some of the rest of us in fulfillment has been some of the international fulfillment, particularly in Central and South America. In many areas there, the postal services just don’t work, or they work very poorly. There are problems with corruption and problems with the post offices—mail systems just don’t work well, and they have gotten much worse with COVID-19.

“So, with a number of countries, we can’t use the postal systems at all. But the Spanish-speaking leadership is working very hard—they’ve got a bunch of new ideas that they’re putting into effect. We’re trying to help as much as we can with a new, very aggressive program to try to get more things to people digitally, such as El Mundo de Mañana—instead of sending them the hard copies, which we haven’t been able to send to many countries for years.”

What do you find most rewarding about directing Business Operations?

“I think it’s really rewarding to just watch everybody work together. Having been in the corporate world, there are lines of authority—and we do have them here, but people work across them very well, and the main reason is that they all have a common goal and purpose, which is preaching the Gospel of the Kingdom of God and feeding the flock. Everyone here is focused on doing that. So, watching our people work together and enabling that is very rewarding for me. There’s a common goal and a common vision, and you just don’t have that in the corporate world.”